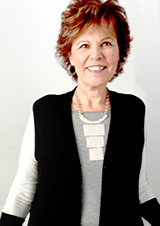 Tell us about your first job at U of T.

My first job at U of T began when I applied to UTemp (then known as The Temporary Source) and was placed at Charles Street as a Residence Assistant. I believe I was there for about three months, and when my assignment ended, I found myself sad to leave, as the people I worked with were amazing.

How long have you held your current position?

Although such a transition can be difficult (I’ve heard dire predictions….) it was made easy when Anar Amlani was hired to take over managing UTemp. I don’t believe there could have been anyone better to launch UTemp into recruitment excellence than Anar and the current team of skilled and empathetic UTemp office employees. This group together with the outstanding employees that cover the short term assignments are truly a “dream team” and are responsible for the unbelievable success that UTemp has experienced over the last 10 years.

Tell us a bit about your career path / trajectory, i.e., how did you get from your first job to your current one at UTemp?

My career path has taken many turns along the way. I have worked as a Doula (birth coach), managed a Trust Company branch, and hired Nuclear Engineers, to name a few. I started off training to be a Social Worker, found there were no jobs, and ended up in administration at the Bank of Canada and then moved on to Trust Company management.

After 13 years of marriage my daughter was born, and I decided to take some time off to raise her and further my education. After completing my Human Resources Designation, I started a degree in Sociology. Thus began my long term love affair with both the University of Toronto and working short term. In order to realize my dream of further education and being a full time parent, I knew the best way for me was to work casually, as a “golden handcuffs”- permanent position, would mean not doing my best in any role.

Many years later, with my education completed and my daughter raised, I was ready to take on a continuous role to which I could give my total focus. I targeted 10 places I wanted to work and high on my list was the University of Toronto. I had the good fortune to connect with someone who worked for UTemp and she encouraged me to apply. The rest, as they say, is history….

What is about U of T that makes it a place where people want to come build careers?

I loved University of Toronto as a student, I was proud to obtain my education there, and I was convinced that it would be an equally wonderful place to end my career. I was not wrong. By working as an UTemp Employee, I was able to, as Forest Gump, put it “taste all the chocolates in the box” and decide where I would be best suited, in terms of my skills and culture needs. Which of course, was at the UTemp office. I feel when a University of Toronto student joins UTemp: takes on various roles and gains experience, then moves on to an appointed role within the University, they have completed the cycle. When the same graduate goes on to hire short term staff from UTemp, another link is added to the chain.

What are some of your favourite U of T memories?

Some of my favorite U of T memories are watching UTemp grow and blossom in to something that matches the short term needs of the University – in both junior and senior roles. I love watching as more and more UTemp employees move into and find success in appointed roles. I really enjoy hearing when someone new to UTemp , tells me at how many people they met, who started their carreer at UTemp and the positive comments they hear. I love to walk down St. George Street in September when a new cohort of students start their educational journey. I adore it when, UTemp is provided with excellent referrals by people who know the skills that make a UTemp employee successful, and can speak to why the person should be considered. I especially value the friends I have made in the years I have been with the University.

What are your plans for retirement?

My plans for my “third act” are as varied as my work career: some travel (if I can persuade my husband), learning to play chess, more crossword puzzles, working as a life coach, shopping, exploring Toronto, joining a book club, and seeing what else life has to offer, in these my golden years.