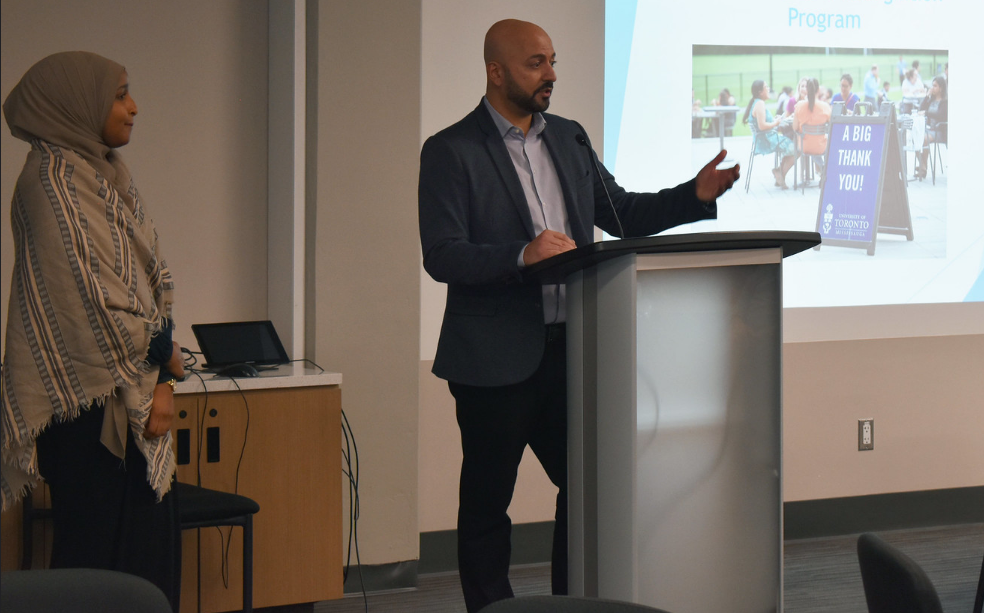 “Promoting a culture of recognition is an important aspect of our role in supporting our staff,” Boutros said. “With the creation of two new award categories and a streamlined process, staff at the UTM community will have more opportunities to recognize the important contributions of their staff and librarian colleagues.”

Nader announced to staff, librarians and faculty on February 12, 2020 the creation of The Principal’s Service Award for Excellence, an award for UTM staff and librarians with exemplary and continuous service, and The Principal’s Staff Awards which includes eight different categories with opportunities for recognizing both individuals and teams.

Where previously there had only been one award, now up to nine awards will be presented annually. Each award will celebrate achievements made by a staff member or librarian across categories including: Sustainability, Leadership, and Advancing Equity, Diversity and Inclusion.

“It’s wonderful to see the creation of a robust program for recognizing and celebrating our employees and their accomplishments at UTM,” said Erin Jackson, Chief Human Resources Officer, “It’s thanks to their contributions that UTM is a fantastic place to work.”

Nominations for both awards are open, and can be submitted by UTM faculty, librarians, staff and students until March 31, 2020 on the True Blue Platform.